Get a poster with all historical huts in North-East Greenland!

During the so-called Trapper Era in 1908-60 a larger number of stations, houses and huts were built along the north-east coast of Greenland. The objectives were simply to trap arctic fox and to sell their skins. In the cold arctic climate of North-East Greenland, the arctic fox develops a thick winter fur of high quality as protection against the cold. In the summertime, foxes shed their fur, and the thin brown summer coats have no value. Only the thick winter skins, from foxes trapped in the period from November to April, have commercial value, and since North-East Greenland can only be reached by ship in the short summer months, the trappers – or hunters – had to make themselves some small huts for overwintering in Greenland. Typically, 1-2 trappers had their main base at a so-called trappers station. From the station they would make week-long sledge journeys to their check their fox traps, which were placed in a large area, where the trappers had built a network of small huts to stay overnight in. After the fox trapping ceased during the 1950s, the Sledge Patrol Sirius instead began to use the huts for overnight stay during their patrol travels. Later on, numerous scientists, tourists, and other travelers have enjoy the use of the old huts.

Since 1991, Nordøstgrønlandsk Kompagni Nanok has maintained a number of the old historical huts on non-profit and voluntary basis.

Over time some of the buildings have been moved to other sites or have disappeared completely, and each of the 34 inserted Nanok logos mark a locality, of which no photo exist or is known of. If you take a closer look at the poster you will realize, that all the buildings someway are different. Not two are identical! 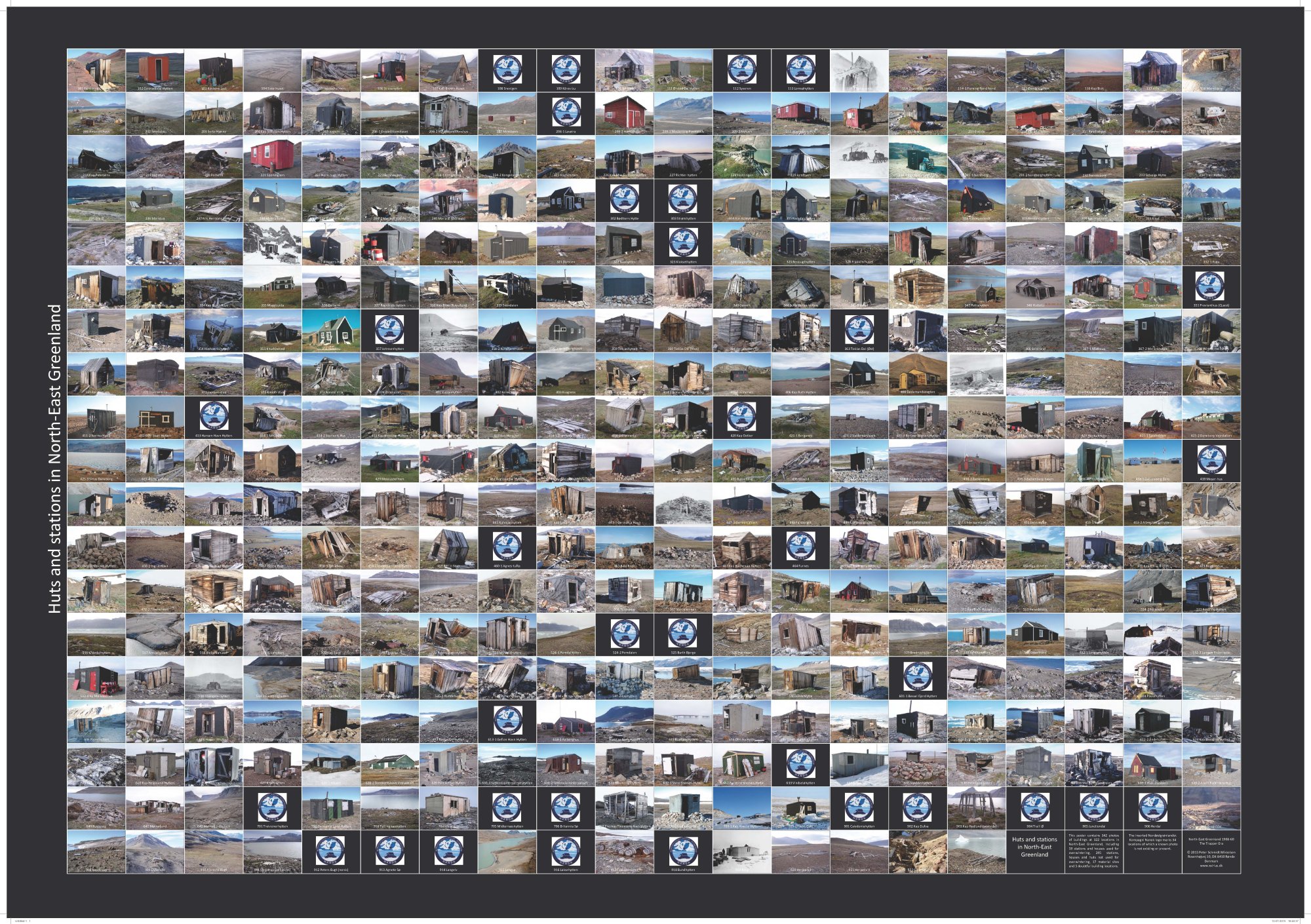